An IDEA Services home in Whanganui is sporting a tasty new kitchen after a renovation by the Accessible Properties team.

"The house had an original 1990’s kitchen, solid rimu doors and drawer fronts, worn out formica bench top with a kitchen that did not have any line of sight to the lounge and social spaces," says local AP Property Manager Andrew Hemsley.

"The wall and cupboards between the kitchen and lounge were demolished to open it up, a new Formica bench top was installed and all of the kitchen cupboards and drawer fronts were replaced with a new pre-finished Meltica product. The house now has a flash looking kitchen."

"Everyone thinks it looks amazing and so much friendlier for the people in the home as it has opened that area up beautifully. People can now be more a part of the cooking and what’s on in the kitchen," she says.

"It is a lot better for the staffing team and more worker-friendly."

* Accessible Properties and IDEA Services are both part of the IHC Group.

Caption: The new bench (above) is a lot less cluttered than the old one (below). 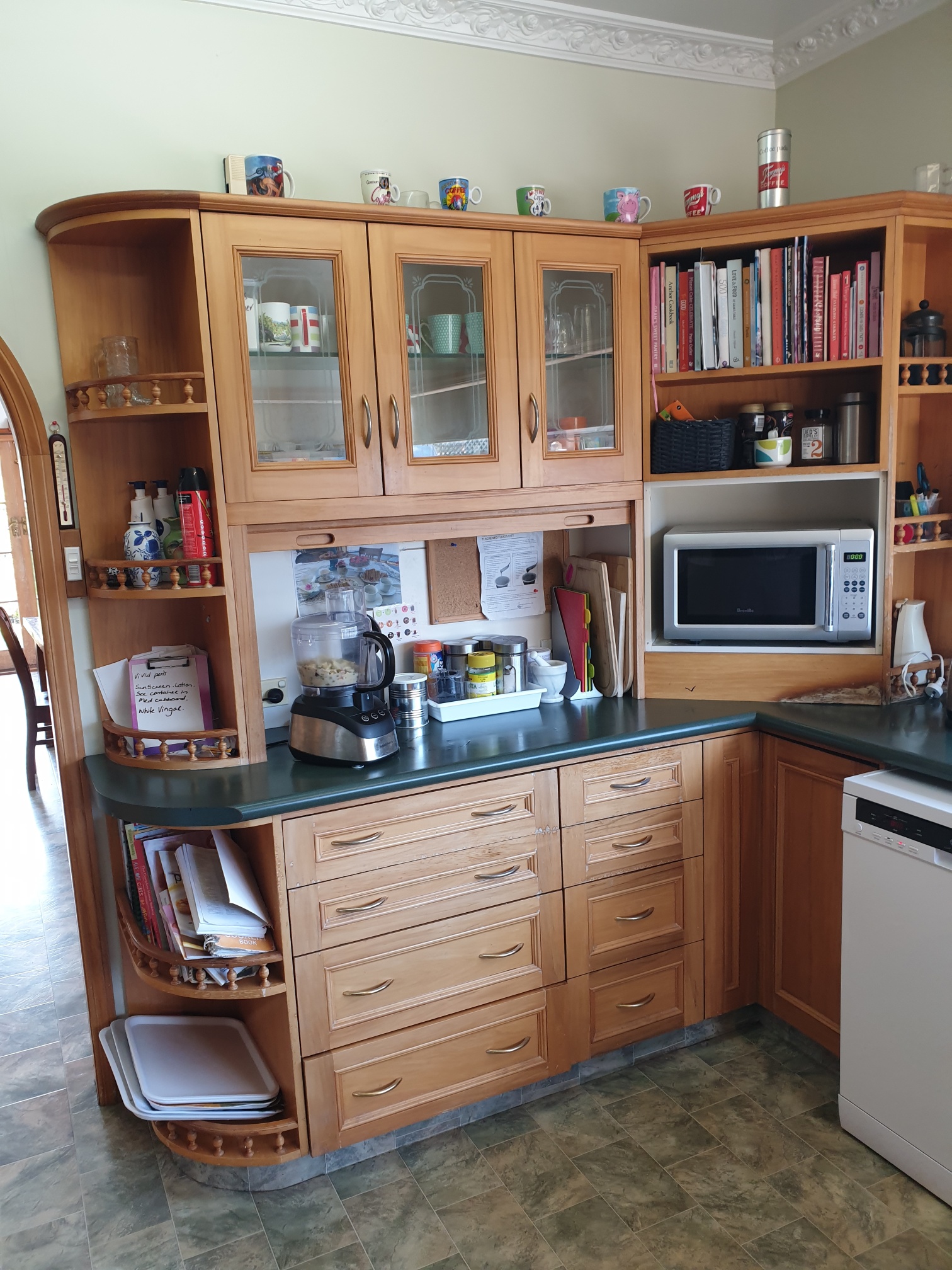