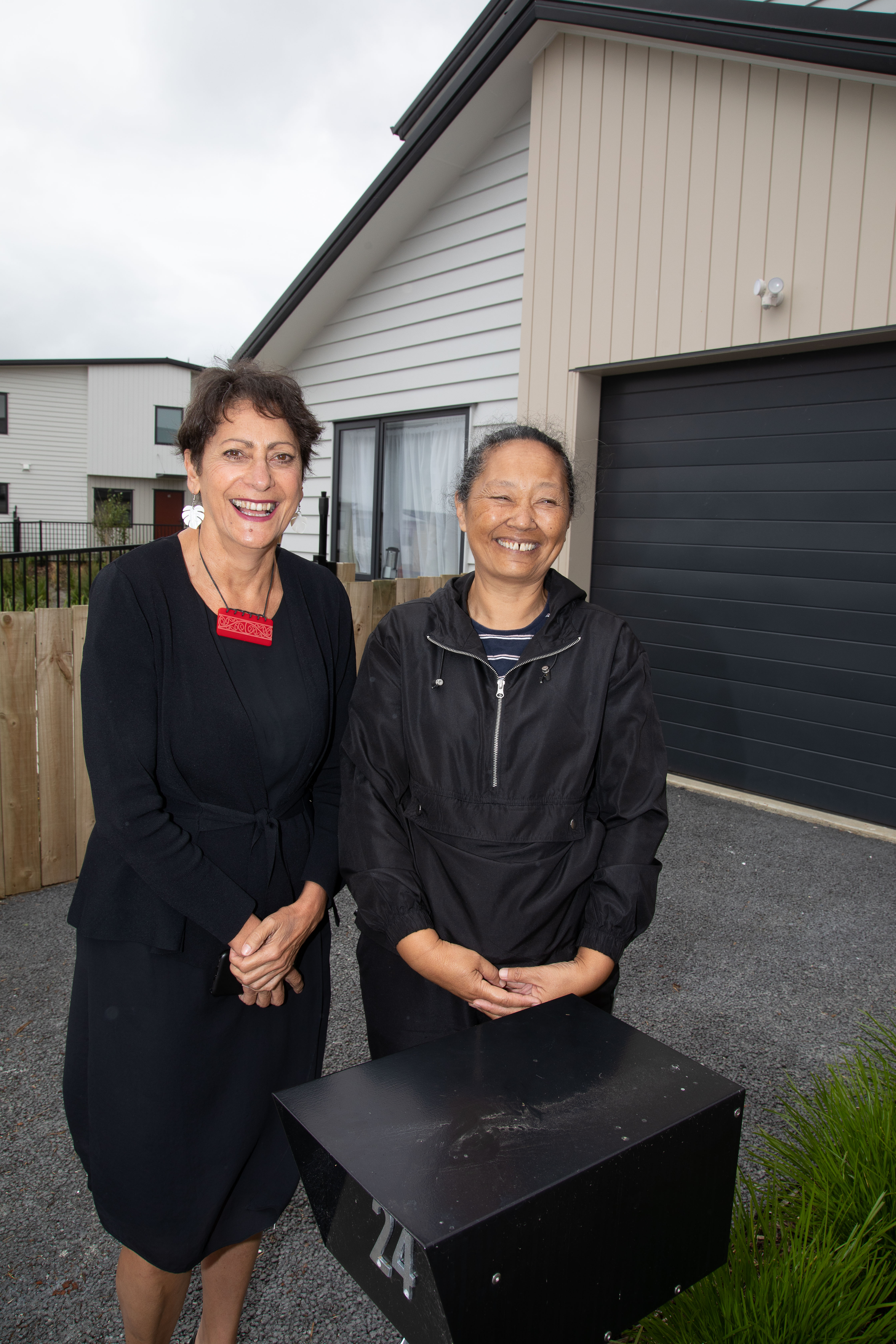 It’s not every day you show a Minister of the Crown through your home.

But that’s exactly what happened to Accessible Properties tenant Tracey Harris, when Hon Poto Williams, Associate Housing Minister and Building and Construction Minister, dropped by her house in Tokatoka Lane.

“I’m privileged to be in a brand new home, and it was great to show her through,” Tracey says.

“She was just amazed at my whole house.”

Tracey and her family have been in the five-bedroom home for six months – one of 23 AP properties in the Manurewa development.

The Minister, and local MP Dr Neru Leavasa, had chosen the Tokatoka Lane as a venue to make a speech about changes to the Residential Tenancies Act (RTA), and took the opportunity to talk to some residents.

“It was a fantastic opportunity for tenants to hear about the changes to the RTA first-hand, and what it meant for them,” says AP Senior Tenancy Manager Val Johnston.

After her speech, Minister Williams met Tracey and other tenants to chat about their homes.

“She was really good to talk to,” Tracey says. “I felt very comfortable with her.”

Media also took the chance to grill the Minister about the changes.

“It all went very well,” Val says. “The Minister was excellent, very down to earth, and everyone enjoyed meeting her.”

The development comprises 53 houses and is a partnership with fellow community housing providers Emerge Aotearoa and Penina Trust. 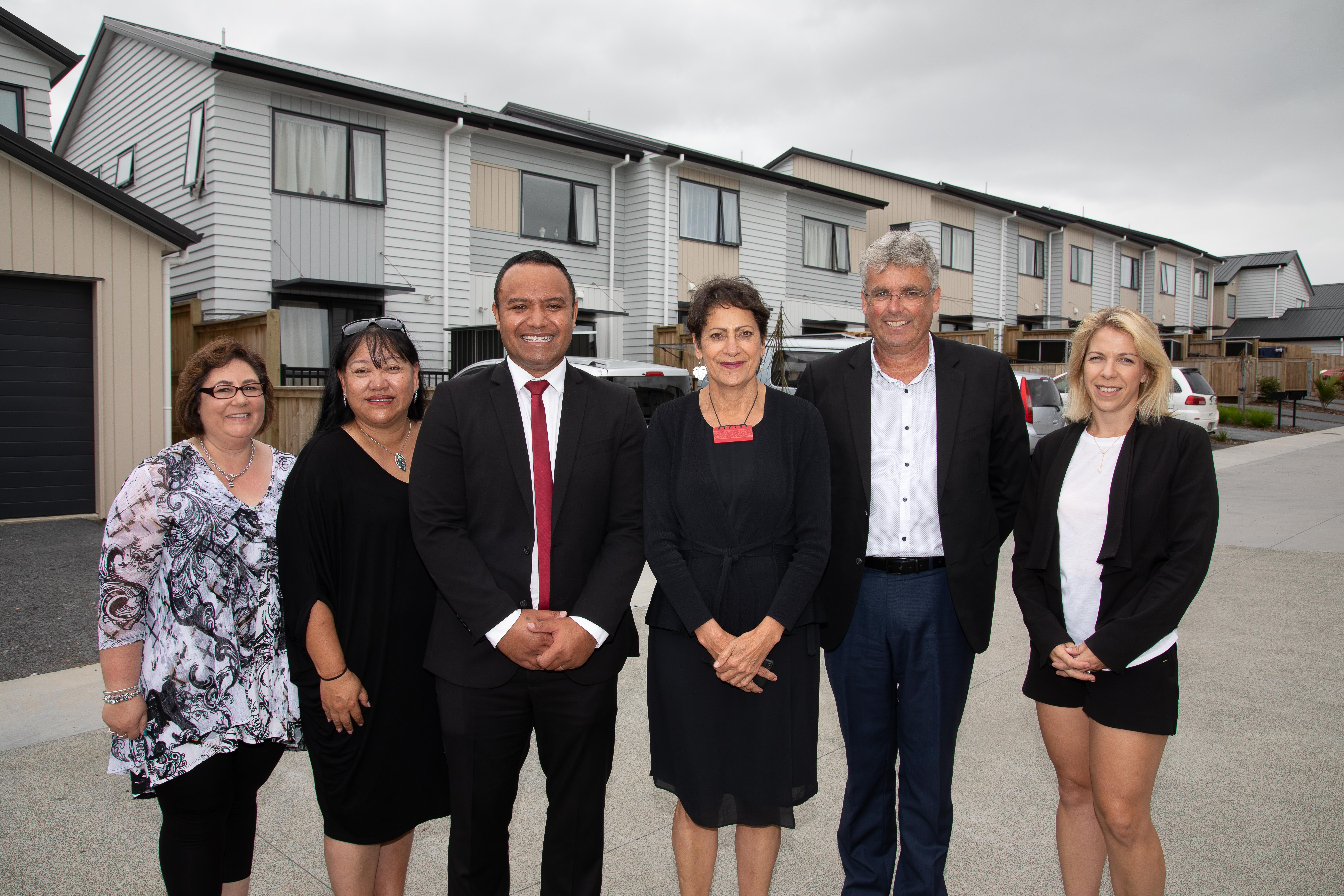