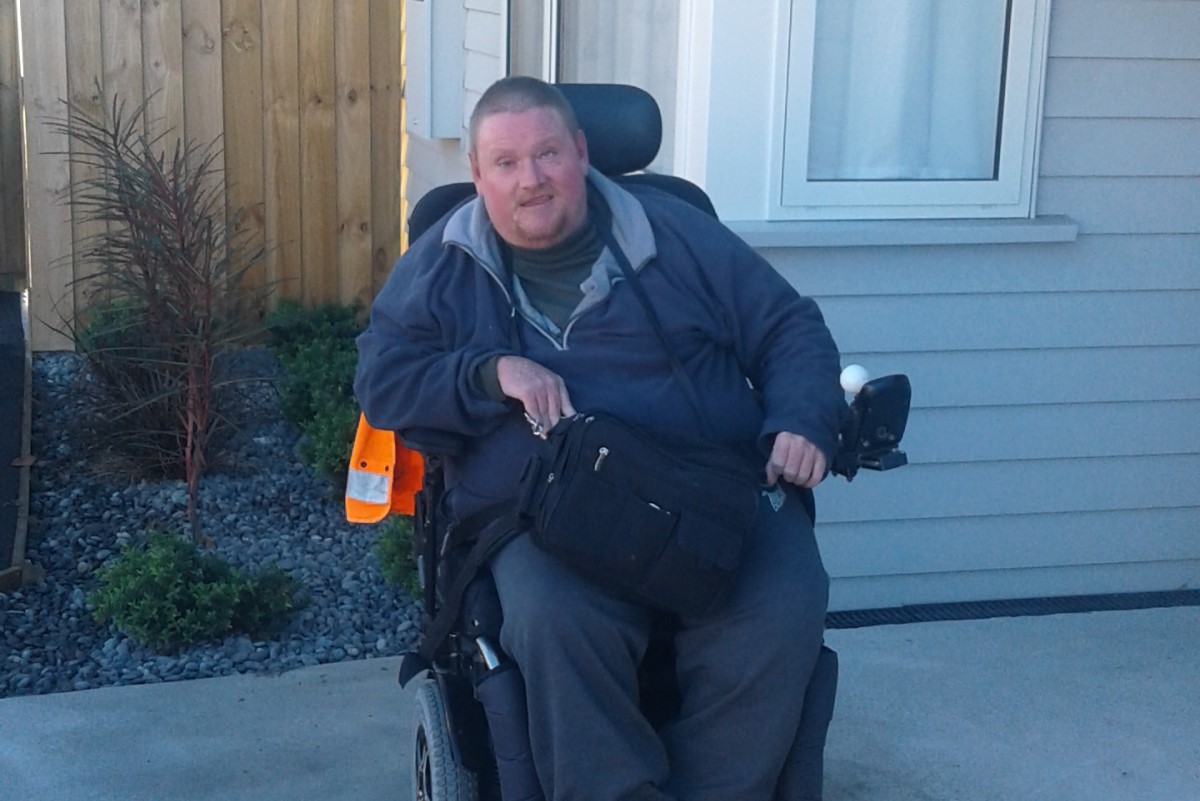 Jamie Hoffman is blind, has cerebral palsy and uses a wheelchair – that made him an easy target for thieves and attackers at his old Housing New Zealand flat in Christchurch.

Jamie’s flat had been broken into repeatedly and his possessions – including a wheelchair van – stolen and trashed. The wheelchair hoist still sits in the garage after two years while he waits for a replacement van

The intruders would come into his flat while he was out, but also when he was there.

“They would come in quietly, and I was none the wiser,” Jamie says. They took his television, his food – “you name it, they went through everything”. He was also subjected to physical violence by people who knew he was unable to defend himself. Sometimes, he says, they would watch for him to come home and try to see the numbers he was putting in on his door keypad.

“I was even too frightened to go out sometimes.”

After an approach by CCS and the Police, Accessible Properties found him a safer place to live. “He was living in a really dangerous area of town,” says Tenancy Manager Renee Wills. “His safety was at risk daily.”

Jamie, 37, moved to a two-bedroom unit in another part of Christchurch, a year ago. It’s located in a group of units, and his flat is away from the street for extra safety. “He has had no issues at all – loves it – and it out and about daily,” Renee says.

Jamie says he is sleeping better and feels a lot safer surrounded by neighbours who “keep an eye out. I haven’t had any disturbances since I have been here”. He is now working on a plan to start his own business managing transport for people with disabilities.