Back together, Alli and Jake can relax at last 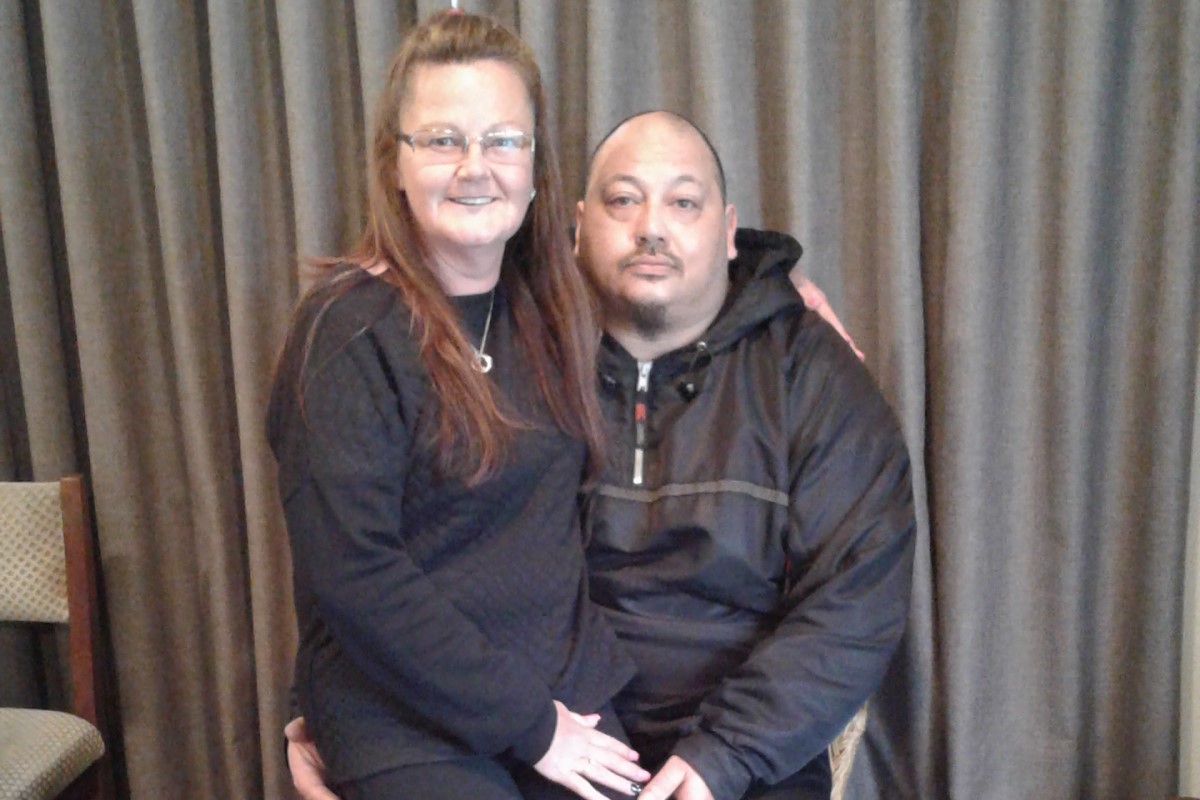 Allison and Jake Situe were homeless and having to live apart. After being forced out of their Christchurch home by high rent and debt, Alli moved in with a daughter while Jake slept in their car outside the house or on friends’ couches.

Alli and Jake have been together for 30 years but last winter was one of their toughest yet – both of them sick and with nowhere to go.

“We got into quite a lot of debt with the high rent that we were paying,” Alli says. So they ended up living first with their younger daughter for four months and then Alli moved into a small upstairs two-bedroom flat with their elder daughter and grandson, while Jake made the best of it sleeping in their car except when the cold became too intense. They lived like that for another seven months.

Alli suffers from seizures and paralysis and Jake from slipped discs in his back and sleep apnoea, and needs a machine to help him breathe. “I had my left-side paralysis so I would crawl up and down the stairs,” she says. “My husband was just going around our friends – a night here and there.

“Some people live on the streets, but at least we had our daughters and our car.”

But it’s been a slow road back and at times Alli has been at breaking point. After their daughter posted a cry for help on the family’s Facebook page a brother in Australia made contact and Alli was taken for a welcome holiday on the Gold Coast. She has also found strength with a return to her Christian faith, and the couple is finally beginning to relax in their new home.

“It’s a beautiful place and it has made my life so much easier. I can put my chair in the shower. The toilet is a wee bit higher and it has rails each side so I can pull myself up,” Alli says. “It’s double-glazed, it’s carpeted, it’s got an amazing bathroom. We would never have been able to afford this if it hadn’t been for Accessible Properties. It’s improved our lives 100 percent. We can have our daughter and our grandchildren over for a meal, and it’s warm for them.

“I have got hope now. Before, I had nothing. I had no hope.”