Michelle’s thankful for her new home 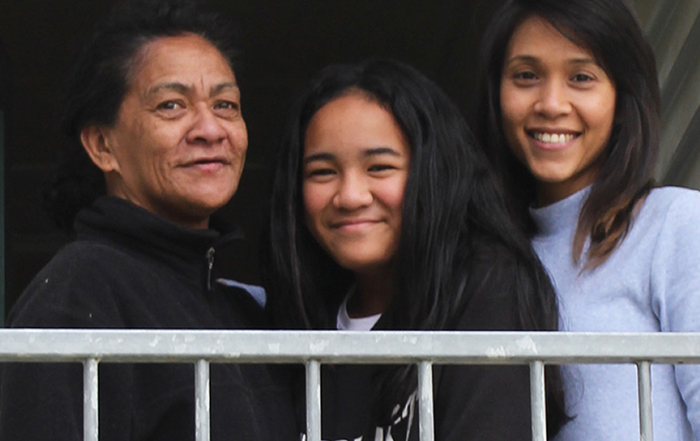 Every morning Michelle Rangitonga wakes up thankful that she and her daughter have a home for as long as they need.

For Michelle it was an anxious journey to get to this point. Having previously lived in a property for two and half years with her daughter, the pair were told in September 2016 that they were going to have to move out.

“We started searching for a property and that was really, really hard,” says Michelle. “I was taking time off work – losing money – just searching for a house and I never got anywhere.”

At the end of February 2017 the family was homeless with nowhere permanent to go.

“When I became homeless it was the first time I had been in that position.

“Not being able to put a stable roof over my daughter’s head, yeah that was damned hard. Like her coming home every day saying ‘have we got a house?’ It was really quite disheartening for both of us,” says Michelle.

Without anywhere permanent to stay Michelle and her daughter were forced to keep moving around, sometimes to places they didn’t feel safe, until Te Tuinga Whanau, an emergency housing provider in Tauranga, was able to offer the family emergency accommodation.

“When Te Tuinga came on board they were really supportive.”

Michelle had been with Te Tuinga for six weeks before she got a phone call from Accessible Properties Tenancy Manager, Suzanne, asking her to have a look at a property.

“One minute I got a phone call to go have a look… and then that afternoon I was signing up. I was like, is this really happening? It was really overwhelming.”

“It’s in the perfect position for us… my job’s over one way and my daughter’s school is over the other way, and we’re smack bang in the middle.

“The place was perfect when we walked in,” says Michelle. “We’ve had friends come over, and they go, ‘oh my God this is really nice’, and I’m like, I know.

“We are so lucky. We just love it here.

“Every day I just say thank you. We really appreciated what Accessible Properties has done for us, giving us that sense of security and that roof over our head again,” says Michelle.